The Wandering Songstress. Have you heard of the name Zhou Xuan before?

She was one of the greatest female singers China had ever produced. Even to this day, her name remains a legend, crafted forever into the hearts of those who loves her nightingale voice. This is because no one else could ever sing like her again. Despite being blessed with an immortal voice, Zhou Xuan had a bad start in life.

Born on 1 st August 1918 (and some said 1920) in Jiangsu Province, China, to impoverished parents, she was sold into a brothel to be raised as a courtesan with the sole intention to entertain men. But as fate would have it, a couple from Shanghai took pity on the little girl and bought her over to be raised as their adoptive daughter. Her name was changed from Su Pu 蘇璞 to Zhou Xiaohong. She was also given musical training when her adoptive parents found that she had a unique voice and could sing well.

At 13, Xiaohong joined Ming Yue (Bright Moon) Society, a musical company. So taken in was he by her charming voice that the art director gave her the stage name of “Zhou Xuan” which means “beautiful jade” in Chinese.

Soon, Zhou Xuan took part in a prestigious singing competition in Shanghai and won the second place. She was instantly hailed as “The Golden Voice 金嗓子” or “The Golden Throat” by the press. After this success, she went on to star in more than 40 movies and sang about 200 songs in her career. In 1937, her life changed forever. She was offered a lead role in a black and white movie called “Street Angel” where she sang several memorable songs including its theme song “The Wandering Songstress” which catapulted her to instant stardom both in China and the rest of Asia.

This hit song was her all time personal favorite and remained her everlasting symbol. Her fans came to accept the term “The Wandering Songstress” as Zhou Xuan. It was a song about the sad life of a singsong girl. Many believed this song reflected her own life. “The Wandering Songstress” may have captured the hearts of millions and millions of song lovers everywhere but she was a loser when it came to love. Her first marriage was to a famous song composer called Yan Hua.

In their eight years of being together, he had composed many great and unforgettable songs for her. In some songs the pair even duet as a courting couple teasing each other. When her fame overtook his, he beat her up badly and eventually, Zhou Xuan divorced him. Her affair with a Hong Kong businessman called Zhu Huaide saw her getting pregnant and being dumped by him. In 1950, she returned to Shanghai and began filming “The Bird of Peace.” During the filming, she had an affair with the art director.

Again, she got pregnant and dumped for the second time. These cruel rejections finally took a toll on her mental health. She stopped singing altogether and spent the rest of her days in mental institutions, constantly battling with depression. Zhou Xuan finally succumbed to encephalitis in a Shanghai asylum at the young age of 39 on 22 nd September 1957. The world had lost a rare songbird upon her tragic death. She left behind two young sons, both from different fathers. Memories of my beloved mom Madam Chow Chiew Sai (周俏茜） Like most young girls of her era, Mom was one of Zhou Xuan’s die-hard fans.

Such was her passion for her idol that she even sported Zhou Xuan’s hairstyle and worn the same kind of flowery samfoo. You can see this from her photo above which was taken at Ngai Chan Photo Studio for match-making purpose with Dad. No wonder he instantly fell in love with her.

🙂 Mom never got tired of Zhou Xuan’s songs. As a result, these songs became a common feature in my childhood home. They were played day and night, over and over again, all through the years. They were played initially from the records (red colored round disks) on an old gramophone.

Later when the gramophone broke down and could not be repaired again, she got some tapes and a tape recorder. Nothing could stop Mom from listening to her favorite songs. All in, Zhou Xuan had sung more than 200 songs and we have heard them all. Mom even sang and I hummed along each time we played Zhou Xuan’s songs. Being extremely closed to each other, we both shared a very deep passion for these Mandarin oldies which in a beautiful way, bonded mother and daughter together.

She loved the lyrics and I loved the music. Our favorites were “The Wandering Songstress 天涯歌女”, “An Everlasting Smile 永远的微笑”, “Shanghai at night 夜上海”, “When will the gentleman return 何日君再来 ” and “The Flying Phoenix 凤凰于飞”. When Mom came home from a long stay in the hospital way back in November 2000, the first thing she had requested was for me to play Zhou Xuan’s songs for her again on the tape recorder. She had stayed in the hospital for almost ten months during which she had to make do with the walkman that I had put on her ears but nothing beats listening to these songs on the tape recorder.

You can hear Zhou Xuan’s glorious voice louder and clearer that way. It was as if she was performing in front of you. “Please play Zhou Xuan’s songs for me one more time,” Mom whispered to me yearningly as she sat down on the sofa the moment she stepped into the house after a long absence.

“You still loved Zhou Xuan’s songs and missed them very much?” I teased her gently, stroking her kind but wrinkled face lovingly. “Yes,” she managed to smile and nod weakly. “Okay, then let’s listen to her songs again, like we used to,” I said to her, knowing sadly her days were numbered. She was very sick from end-stage renal failure. Her weak hands beckoned me to sit down beside her. She closed her eyes and smiled contentedly as we listened to her favorite singer again.

We held our hands tightly, savoring every moment of it. She could not sing along anymore this time but I still hummed to her, just like before, just like in the good old days when she was young and healthy. Tears rolled sadly down my eyes and my heart wrenched so much, seeing her so weak now but her passion was still there.

I managed to play all those songs for Mom before she left us forever, three weeks later. We have created some beautiful memories together. I am still keeping the four original records which Mom brought in 1957 when the world mourned the death of the golden songbird. The tapes were kept together with her ashes in the columbarium. Today (22 nd September) is Zhou Xuan’s 55 th death anniversary.

Contents. Early life Zhou was born Su Pu (蘇璞), but was separated from her natural parents at a young age and raised by adoptive parents. She spent her entire life searching for her biological parents but her parentage was never established until after her death. According to later family research, a relative who was an addict took her at the age of 3 to another city and sold her to a family named, who named her Wang Xiaohong. She was later adopted by a family named, changing her name to Zhou Xiaohong. At the age of 13, she took Zhou Xuan as her stage name, 'Xuan' meaning beautiful jade in Chinese. A photo of Zhou in the 1930s. In 1932, Zhou began acting as a member of 's. When she was fourteen, she won second prize in a singing contest in Shanghai and was given the nickname 'Golden Voice' (金嗓子) for her effortless high-pitched melodies. Zhou began her film career in 1935, and she achieved stardom in 1937 when director cast her as one of the leads as a singing girl in.

Zhou rapidly became the most famous and marketable popular singer in the era up to her death, singing many famous tunes from her own movies. Between 1946 and 1950, she often went to Hong Kong to make films such as 'All-Consuming Love' (長相思), 'Hua wai liu ying' (花外流鶯), and 'Rainbow Song' (彩虹曲). After introducing 'Shanghai Nights' (夜上海) in 1949, Zhou returned to Shanghai. She spent the next few years in and out of a mental institutions owing to frequent breakdowns. Through the years, Zhou led a complicated and unhappy life marked by her failed marriages, illegitimate children, and suicide attempts. Zhou's first husband was the composer Yan Hua (严华, 1912-1992), who wrote and sometimes also performed songs with her.

Having made a total of 43 movies, her favourite film was always. This contained two theme songs: 'Four Seasons Song' (四季歌) and ', which enjoyed long-lasting popularity.

Other well-known songs by Zhou Xuan include ', 'Shanghai Nights' (title song from the film of the same name), 'Yellow Leaves Dancing in Autumn Wind' (黃葉舞秋風), 'Forever Smile' (永遠的微笑), 'Hundred Flower Song' (百花歌), 'Advice' (叮嚀), 'Where Can the Soul Mate be Found' (知音何處尋), and 'Picking Betel Nuts' (採檳榔). Death In 1957 she died in in a at the age of 39 during the. A possible cause of death may be following a. Zhou Xuan was survived by two sons, Zhou Min and Zhou Wei, born of different fathers. According to Zhou Min's biography, the younger son, Zhou Wei, was the son of Tang Di (唐棣), while the father of Zhou Min is unknown. Zhou Wei currently lives in performing at times in the subways, and participating in various musical projects, including teaching. He is known as a.

He has two daughters, both musicians. The elder of the two, Zhou Xiaoxuan, is a classical trained at and now living in Beijing. Cultural legacy. Zhou Xuan An adaptation of the life of Zhou Xuan was 's (1989), starring as Zhou Xuan and as her lover. In this series, Xuan's songs were re-written in and sung by Chan.

She sang the duets with Lai in the program while under the limits of Crown Records (娛樂唱片). Replaced Lai's vocals on the soundtrack album. Another adaptation, based on Zhou Wei's biography, is the serial titled Zhou Xuan (周璇), starring. This version of the story was accused by Zhou Wei as a false representation of Zhou Xuan and damaging to the reputation of the Zhou family. 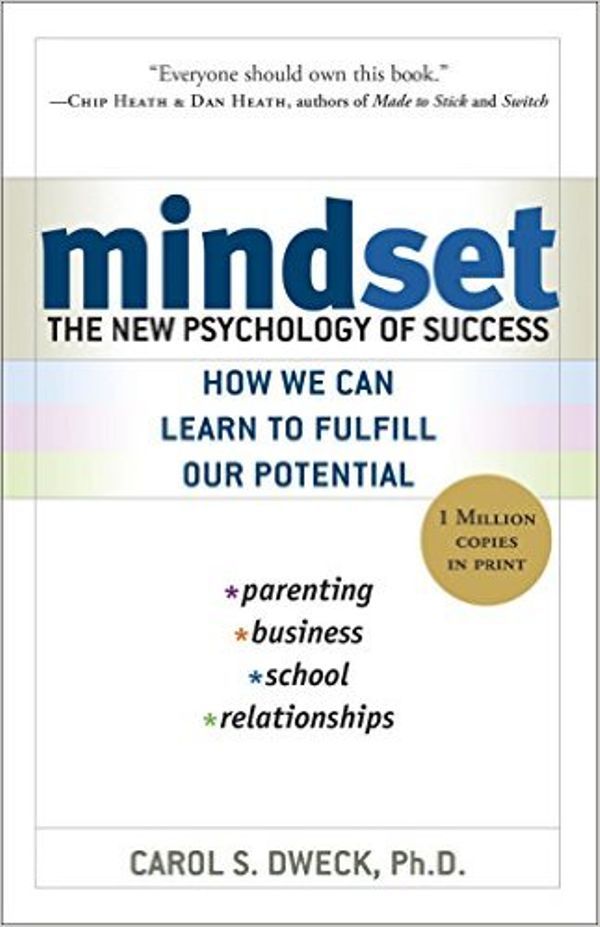 Cecilia Cheung version of 'Zhou Xuan', the face of non-Zhou three generations of discontent. (in Chinese). Archived from on February 9, 2013. External links Wikimedia Commons has media related to. on.

Zhou Xuan And Her Second Husband

at the. at the. discography.