Trey Songz Trey Songz kicked things off with his sensual record 'Nobody Else But You.' Then, the Virginia staple shifted moods and lost control when he jumped into his sex-laden single 'Animal.' As he growled and snarled throughout the song, Songz's ambitious attempt for a titillating experience fell flat. SZA Though SZA's performance had a rough start due to mic troubles, TDE's songbird flourished during her performances of 'Love Galore' and 'The Weekend.' For SZA, she exuded the patience needed to survive BET's blunder and made it through her set with no difficulty at all. DJ Khaled With a yacht named after his son Asahd on stage, DJ Khaled performed his star-studded single 'I'm the One' with Lil' Wayne, Chance the Rapper and Quavo.

Even though Justin Bieber wasn't available, Khaled made sure the performance was fun-filled, as he carried the executive producer of his latest offering Grateful, Asahd, across his chest. 'This my best work. I did it for my son,' yelled Khaled. French Montana After being wowed by the heartfelt story of the Triplets Ghetto Kids, French Montana felt compelled to shoot his 'Unforgettable' video with Rae Sremmurd's Swae Lee in Uganda. Montana continued his altruism at the BET Awards when he brought out the Triplet Ghetto Kids for his performance. As they feverishly danced away, Montana, with a little Ugandan girl in tow, made sure that Uganda had a special place at last night's festivities. 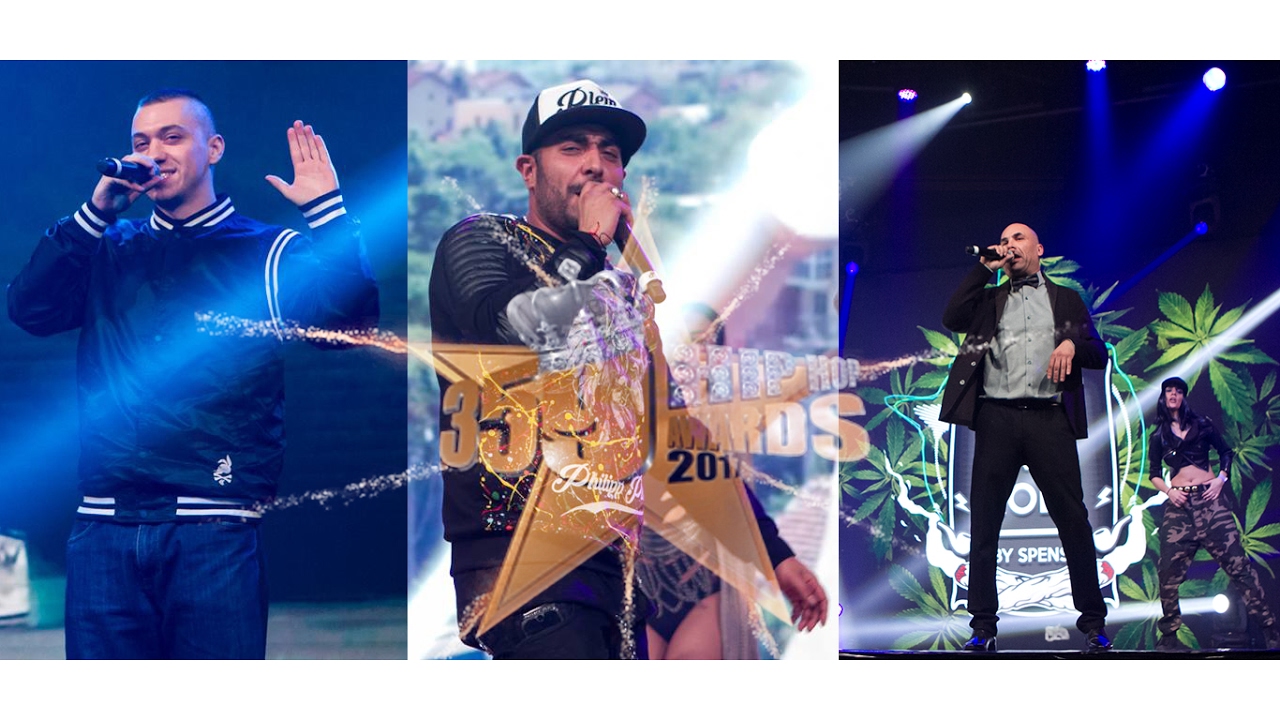 He also plugged the release date for his new album Jungle Rules, once he concluded his set. The album will drop July 14.

Migos Once Quavo finished assisting Post Malone on their autotune-heavy collaboration 'Congratulations,' the front man for Migos rallied his Atlanta troops to perform 'T-Shirt' and 'Bad and Boujee.' As the crowd recited every word to their Billboard Hot 100 No.1 single, the rap triumvirate had the audience twerking and dancing all throughout their fiery set. Chris Brown Being the consummate stage professional that he is, Chris Brown mesmerized viewers with his fancy footwork. First, he cradled the crowd gently to his slow-winding track 'Privacy,' before delivering a full-fledged dance-fest courtesy of his army of dancers. To bolster the performance, Gucci Mane graced the stage to rap his verse to Brown's 'Party.' Big Sean Even without all the glitz and glamor on stage, Big Sean was able to execute his medley of 'Sacrifices, 'Moves' and 'Bounce Back' with precision. On 'Bounce Back,' Sean received some aide from his dancers, who dressed exactly like him and duplicated his 'moves' to a tee.

Once again, Sean showed that he very well can survive as a one-man band. Xscape The '90s quartet Xscape injected nostalgia onto the BET Awards when they returned after an 18-year hiatus. Kandy, Tiny, LaTocha and Tamika performed a slew of classics including 'Understanding,' 'Who Can I Run To' and 'Just Kickin' It.' Future / Kendrick Lamar On the heels of his Future HNDRXX Tour, Future, with his team of masked dancers, performed his scintillating single 'Mask Off.'

Future surprised the crowd when he tapped Kendrick Lamar on his home turf of California to rap his verse from the remix. To no one's surprise, Lamar unleashed his verse with gusto. Tamar Braxton Though Tamar Braxton might have not been the biggest draw on the card, the seasoned singer almost stole the show with her spellbinding performance of 'My Man.' With no performance track underneath her vocals to support her, Braxton sang from the bottom of heart and crushed every single note that came along her way.

Maxwell After Chance the Rapper won the crowd over with his rousing acceptance speech for BET's Humanitarian Award, Maxwell sang an appropriate song for the occasion in 'Gods.' Like Tamar Braxton and Mary J Blige, Maxwell matched his contemporaries' set with an intoxicating performance. At one point, the 'Pretty Wings' singer was so into his performance that he laid down on the middle of stage and continued to sing. Bruno Mars Bruno Mars opened up the BET Awards with a sizzling performance of 'Perm.' Donning a Hooligan baseball jersey, the 24K Magic crooner showcased his versatility with his dance moves, stage presence, and playful quips. 'You can't film and dance at the same time,' said Mars to the cameraman. The real MVPs were Mars' band The Hooligans.

Not only did they seamlessly breeze through their choreography, they did it while playing their instruments as well. J Blige From the onset, Mary J. Blige delivered a scathing message to her ex-husband Kendu Issacs on 'Set Me Free.' Heartbroken by their muddy fallout, Blige performed the new version of her empowering single 'Love Yourself.' Sans Kanye West, Mary J Blige tapped A$AP Rocky as she resiliently wore her heart on her sleeves throughout the performance. New Edition The newly named recipients of the 2017 Lifetime Achievement Award had several tricks up their sleeves.

First, the cast of BET's New Edition Story ran through the storied group's bag of classics. From 'Candy Girl,' to Johnny Gill's 'My, My, My,' to Bobby Brown's 'My Prerogative,' everything was covered. Afterwards, the real New Edition performed a medley of hits including 'Mr Telephone Man,' 'If It Isn't Love,' and 'Can't You Stand the Rain.'